Fake engagement comes in many different shapes and forms. The most common is fake followers and likes. But lately, you can even pay to get comments and shares on your post. Join us today to learn more about this matter and how it may effect your Instagram, Facebook and TikTok account.

Typically, fake engagement comes from bot accounts or accounts that are controlled by computers.

By paying the companies that own these bot accounts, you can get followers on your social media profiles and likes on your latest posts. Many times, a few hundred followers and a couple of thousands of likes won’t set you back more than a few dollars.

During recent years, this technique has been perfected, and these days many of the fake profiles are run by actual people who can leave actual comments to make it look like real engagement.

Obviously, this takes the issue to a whole new level, but there are ways you can avoid it which we will talk about further down.

What exactly are social media spam bots, who is behind them, and why are they used to create fake engagements on social content? Let’s get to the bottom of this strange online phenomenon.

In fact, fake social engagements are a real thorn in our side. For one thing, they clearly are not real comments or likes. Comments and likes like these do nothing in terms of enhancing our representation or stimulating positive dialogue on our channels.

We would much rather have a modest number of great genuine Social media engagement with our content than such a large number of fake ones.

Fake engagements skew our social data. Then, it makes it far harder for us to work out which posts are genuinely getting the best reaction from our legitimate followers.

What happens to our engagement ?

Social spam bots exist to earn people followers, sales leads, and ultimately, money. These bots are really just algorithms used in conjunction with social media profiles to create engagements with other people’s content. This, in turn, attracts engagement with the profile linked to the algorithm, from both real users and other bots.

Bots will often specifically target content or users with some connection to whatever it is they are ultimately trying to sell. So Target Internet’s page is a magnet for B2B/digital marketing bots, whilst singletons might find themselves targeted by bots posing as remarkably amorous social users with supermodel looks.

In one recent study, 30% of social media users were found to have been fooled into thinking bots were real people.

Fake Engagement: a Problem for Brands and for Influencers

We understand that it can be very tempting to boost your number of followers or get extra likes on the picture you worked so hard for. However, fake engagement can be damaging to both the influencer and the brand paying the influencer, and it has to be avoided at all costs.

You see, an influencer’s value is usually evaluated based on engagement rate i.e. how many likes, comments, and shares every post gets (Instagram Engagement for example). If parts or all of that is fake, brands are going to assume that the influencer has more influence than they actually do. This means that the brand will be more likely to work with them and they might even pay more for the work performed.

Now, it won’t take long before the brand realizes that the engagement is fake since the influencer won’t drive any traffic to the target landing page and they won’t generate any sales. A fake account can’t click links and even if real users are used they won’t buy any products and your sales will suffer. 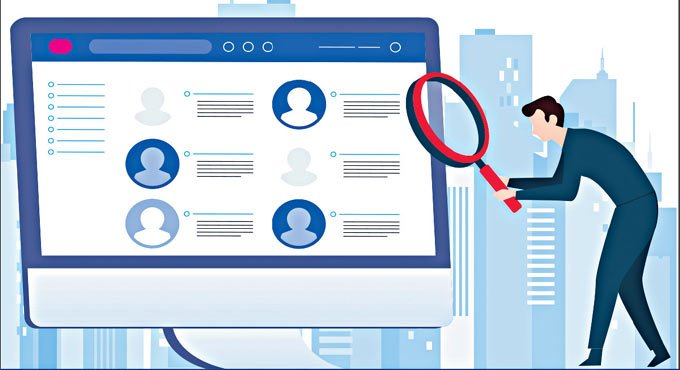 At this point, the brand will most likely fire the influencer, and if the campaign is over, the brand will probably never be associated with them again. Unfortunately, they will have spent a lot of time and effort on a campaign that failed only because the influencer was dishonest. For a smaller company that could mean that the whole marketing budget was wasted.

However, the brand is not the only ones that will suffer. A brand can 1, decide to not pay the influencer since they faked their numbers and 2, give the influencer a bad review and make sure that others know they’re a scam.

Because of this, we encourage all influencers reading this article to never pay for engagement. It will come back to you in the end, that is a guarantee. In fact, in certain cases, faking engagement and misleading companies can lead to criminal charges.

You can do this manually by spot-checking posts on an influencer’s profile. All you have to do is select one of their posts. and total up how many likes, hearts, retweets and comments it got. Then divide that number by how many followers they have.

Just because an influencer has a high engagement rate doesn’t mean you’re out of the woods yet. They could be buying comments to boost engagement or cover up the fact that they have bot followers.

You can check for this by digging into their posts and scanning through the comments. Look for comments that are very generic (e.g. “Cool,” “Great post,” or a string of emojis).

Of course, every potential influencer is going to attract some amount of generic commenting. The real indicator that an influencer has good, genuine engagement is if you see a lot of comments relevant to the post in question.

Influencer Targeting : How to Find the Best Influencers For Your Business

So how can you avoid fake engagement? Are there any ways to spot it?

Well, yes, luckily, there are a few ways that brands and others can try to evaluate the realness of someone’s engagement and following.

Many times faked engagement follows certain patterns. For example, on Instagram, influencers usually pay for the exact same amount of likes each time and therefore have similar engagement on all posts. On the other hand, a real influencer will most likely get different results on each post.

Another good way to spot fake engagement is to go back in time on an influencer’s profile. You can see if you find a spike in comments and likes. Did the engagement rate go from 200 likes to 2,000 likes in one picture? Usually, that indicates that the influencer started paying for engagement at that point.

You can also try to evaluate the quality of the engagement, especially the comments. A real influencer with a real following will often get many comments on their posts. Moreover, they can range from questions, compliments, etc.

Meanwhile, fake comments tend to be ingenuine and similar to one another.

So if you mostly see comments saying “Good,” “Nice pic,” or other similar phrases you can assume that it’s paid for. Also, if the same person leaves the same comment on each post that is also almost a guarantee that it’s fake.

There is only so much that social media platforms can do to limit this issue. Instagram, Twitter, and Facebook are all constantly working on erasing spam and bot accounts.

Although, the companies behind the fake engagement are quick to adapt. As mentioned, real accounts with real humans behind them are becoming more prominent.