YouTube has provided us with some amazing videos over the years, and new viral clips and music videos blow up on the platform every day. So, What are the Top 15 Most Subscribed YouTube Channels?

Everyone goes to YouTube for something different. Whether it’s life hacks, makeup tutorials, or the latest viral music video, you are sure to find your exact niche out there.

To get a closer look into which stars rule YouTube, we looked at the rankings to see which channels have the most subscribers. We focused on independent YouTube stars, disregarding YouTube channels from mainstream celebrities and music record labels.

Coming in hot as the most subscribed YouTube channel is T-Series, India’s largest music label and movie studio. Their official slogan is: “Music can change the world,” and they have the belief that they’re bringing the world closer together through music.

By doing so, they put a swift end to the 1,920-day streak that PewDiePie held as the most followed YouTube channel. T-Series posts content on their channel ranging from music videos, films, clips, and even trailers for upcoming content. 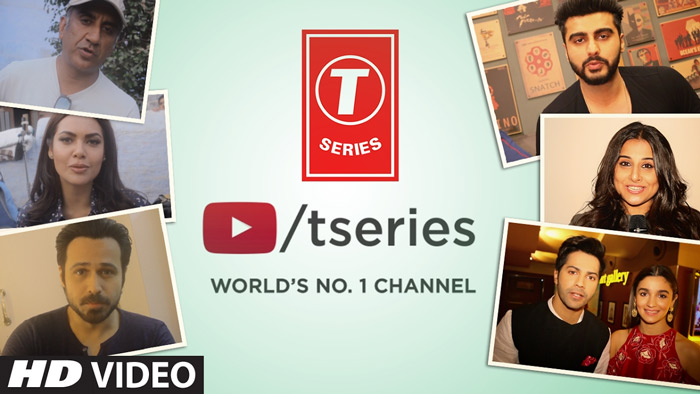 The steady growth of the T-Series channel is due in part to India’s emerging online population, which consists of 500 million internet users. It can also be attributed to their growing audience outside of India, as 40% of their traffic comes from other countries – 12% in the US alone.

Their most-watched video, the Punjabi song High Rated Gabru by Guru Randhawa, tops the charts with over 915 million views.

PewDiePie’s main focus is gaming, including livestreams of him playing. Meanwhile, he also does a lot of vlogging, collaborations with other YouTubers, and his own meme review series.

From the controversial to the tame, the third most subscribed YouTube channel goes to Cocomelon – Nursery Rhymes. Founded in 2005, this YouTube account creates content for children with the goal of making learning a fun and enjoyable experience with 3D animation, education lyrics, and catchy music.

As the only children’s account in the top 10 list, Cocomelon provides an easy way for parents to keep their children entertained. It was originally titled ABCkidTV and boasts an average of 3 million new subscribers each month.

Obviously Sony-owned, this Hindi-language channel is run by the Indian television channel of the same name. 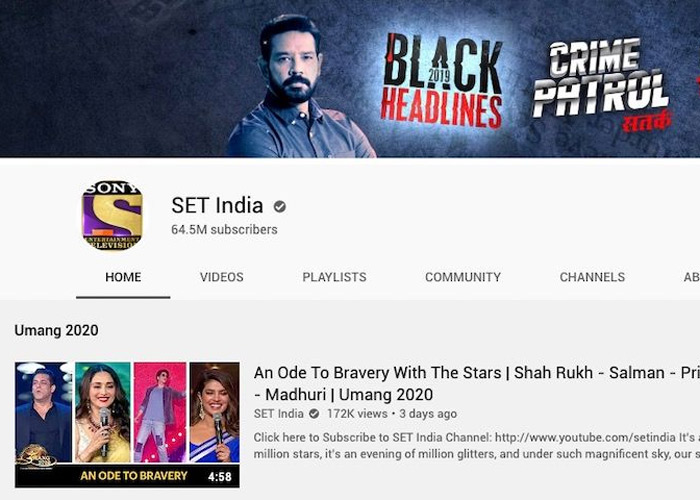 The channel has what you’d expect from a TV channel including full episodes of TV shows, teaser trailers, and episode clips.

Kids Diana Show is another Children’s channel. They are hugely popular on YouTube, so we have a few like this in the list. This one is about Diana, with the content focusing on her life and what it’s like to be a kid.

The videos include toy unboxings, challenges, trips out and about, and other activities that children get up to. A concept that would have sounded bizarre just a few years ago, but here we are.

If you’re ready for a smackdown then you’ll love that the sixth most-subscribed to YouTube channel is the WWE, also known as World Wrestling Entertainment.

With over 196 million views, their most-watched video features Randy Orton as he kisses an unconscious Stephanie McMahon in front of Triple H. Yikes.

For all of the hacks you’ll ever need, plus DIY projects and crafts, check out number five on the list: 5-Minute Crafts.

Launched fewer than three years ago, this how-to channel has nearly 3,000 videos for both parents and children alike. Their videos range from magic tricks to beauty and life hacks, and even breaks down some educational science experiments.

Above all, their most-viewed video has 278 million views, is over 18 minutes long, and features 42 hacks that will save you money.

Sticking with music, we have the Indian channel Zee Music Company (also not the only Indian music channel in the list).

The channel’s content is made up of music videos, some of which are from films and television shows. Moreover, the channel says it’s aggregated over 220k hours of video content.

The videos on this channel focus on Nastya and her father playing, learning, dressing up, and going to amusement parks. In addition, they reenact popular children’s tales and nursery rhymes. 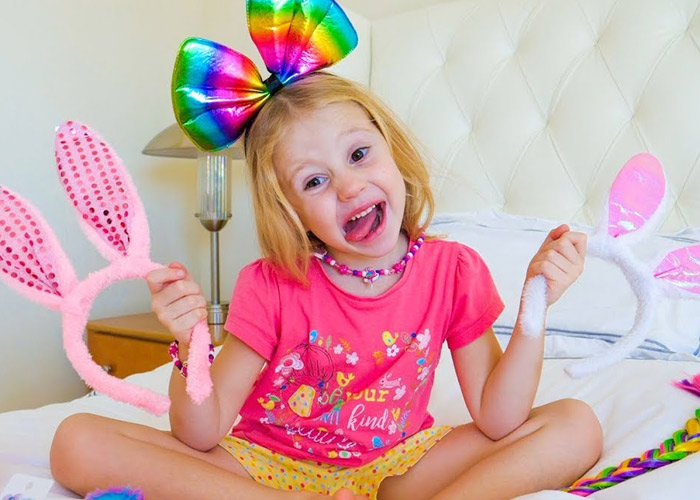 Back to music, this time we’ve got Konrad Cunha Dantas’s channel Canal KondZilla.

Dantas is a music video producer and owner of KondZilla Records, and he posts music from KondZilla on his channel.

Centered around the funk ostentação genre, the popularity of this music has translated well to YouTube. The channel unsurprisingly includes loads of music videos, plus some behind-the-scenes footage.

It’s the most searched for website, has well over a billion users, and people spend countless hours on the site. It’s also become a platform for YouTubers to become superstars in their own right.

From cooking shows to streamers, YouTube has videos on every topic conceivable. Above, we’ve put together a list of the channels and YouTubers with the most subscribers. It’s a pretty varied list. Comment bellow and tell us which one is your favorite?